I just got home from a lecture. Well, the word lecture doesn’t quite fit, but it’s the best translation I found in English. The women talking were Anja and Gro Hammerseng Edin. For those of you who don’t watch handball or don’t know what handball is or who they are, they are, now retired, athletes. Both have competed at the highest level possible and they’ve won several medals with our flag on their chest. This is how I know them, mostly. I’ve watched them on TV since I was a little girl and played handball myself. I can’t count how many championships I’ve watched them play, and now I got to know them a little bit off the court as well. It is kind of a tradition in Norway that before Christmas the women play their championship while the men play after New Years. In my head, they have always seemed so in control and best at what they do. On the court, I’ve known them for their positions and ability to play and take Norway all the way in championships. I remember I read about their wedding and thought that this is amazing! It’s good that people don’t follow the norms if the norms aren’t fitting for them. When they announced that they were expecting a baby I remember people wrinkled their nose, but most people were happy for them, myself included. If the norms don’t fit you, change them.

This lecture was a birthday present from my Grandma and she, my cousin and I went together tonight. None of us knew what we had signed up for, I had just seen on their Instagram (@hammersengedin) that they were having a lecture in my community called Anja and Gro – completely without balls and I thought it would be cool to go. I know right? Funny wordplay indeed. These two women are not like everyone else. They are married and they have a son through a donor. I was hoping to hear something about this and I wasn’t disappointed. They talked about how gender rolls fit into our society and how someone had to walk in front in order for something to change. They also spoke quite a bit about their son and how they were learning from him every day and what kind of society they wished him to grow up in. Norway is a fairly equal country but many areas are still dominated by men. This was one of Gro’s reasons for becoming a speaker, in her opinion we need more women who can explain and relate to the other gender. I find it inspiring listening to people who are different from myself. It makes my brain start to churn around because I don’t think that we always really understand the challenges that follow with not fitting into society’s norms. For a straight person, certain things are easier, like getting married, having a baby, and so on. I think we forget this sometimes. Listening to people who have been through this, and on top of it has fairly known names within the Norwegian and international society, is very inspiring. It makes you think and put your own life into perspective whilst also reminding you to be thankful for what you have. Take a look at the video down below, it is definitely a new hit for me. For my English readers, I’m sorry you won’t understand the lyrics, but you’ll understand the chorus and you’ll catch what the song is about that way! The most important message of the song is; If love is greatest then hate and prejudice will always be last!

Anja is a mental coach and she runs a company known as Fearless Mind. As a psychology student, this interests me. Gro and Anja took turns talking and at the beginning of the lecture, Anja talked about how she and Gro were writing a book together a few years back. Through this project, she learned a lot about her wife and Gro learned a lot about her as well, but what I found quite interesting was the chart Anja put up. You know the charts that look like a cross? It was one of those. In the upper right corner, she had quality, upper left said perfectionism, bottom right said sloppiness and bottom left said progress. Hopefully, I’ll explain this correctly now, hehe. Anja explained that one of the amazing things with Gro is that she always provide quality in everything she does, but if she does too much on a task she becomes overtrained and she then becomes a perfectionist. Anja herself belongs more in the progress corner and if she works too much on something she becomes sloppy (?). Now comes that part I find interesting; they are so different people and they make it work with their differences and their quirks and their talents. Keyword communication. I know this is important in a relationship, but how often don’t we forget it? Watching these two ladies speak tonight made me think through aspects of my own life. Cliche I know, but whatcha gonna do about it? They lift each other and back each other in everything they do and they are able to do what they do because their partner supports it. They have such confidence in themselves and their relationship so that when one of them is struggling they know they have someone there to help. Gro explained this through a very funny story from a TVshow called Mesterners Mester or The Champion of Champions. It is a show where retired athletes compete against each other in different exercises. Gro ended up winning the season she participated as the first woman ever (!), how cool isn’t that?! But before she got that far she had a week where she was struggling and she was tired, her body hurt, it was hot and things just weren’t great. She texted Anja hoping for support and Anja told her to eat something, go somewhere quiet, reset her mind and give it her all. Not exactly what Gro was hoping for, but she did as suggested. Gro said that this was one of those lessons in her life where she understood how much the voices of the people surrounding her could affect her and if you surround yourself with people who wish you well and want to lift you up and forward then this can do amazing things for you. If you surround yourself with the wrong people who don’t really care then this will affect you and your life in a negative way. I’ve added a picture of Gro (in yellow) from Mesternes Mester below so you can try to imagine what it is like. I know I can’t.

Anja also talked quite a bit about confidence and how much this affects us in our daily life and how through visualization we can do so many changes to our own mental health. Mental health has become more prominent in our society these days, both in terms of good and bad. There are more people all around struggling with mental health while it has also become more acceptable to talk about it openly. I will take this with me in times to come because I feel like I’m going to need it.

This was such a great experience and for those who have the chance to go and listen to these women talk and learn from them, please do! You won’t regret it. Me writing about it doesn’t give the experience the credit it deserves.
Music video with Anja: Fearless
– The Book Reader 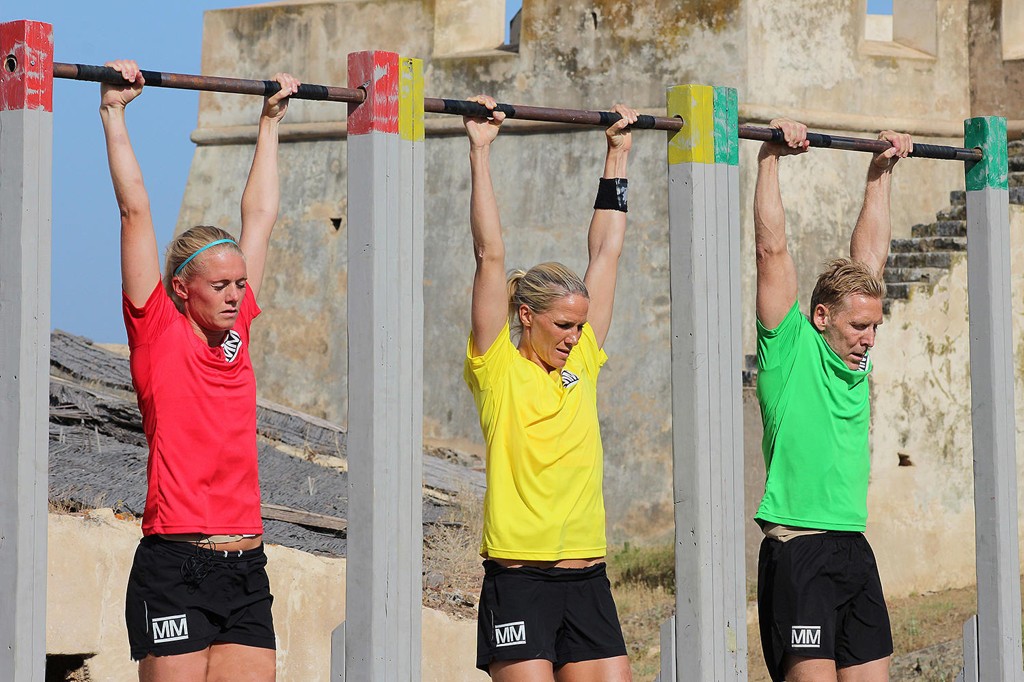 En kommentar om “Fearless (We want who we want)”