March is here and I finished another book today. It’s only 17 days left of term at university and then I will hopefully have tons of more time to read since I know I’ve been kinda absent here lately.

Wilson is a real estate lawyer who has been married to his wife for 30 years and has three grown-up kids. He has always viewed it as his responsibility to provide for his family and this has lead to numerous hours at the office. He has always been good at what he does and wanted to be viewed as a reliable partner in the firm. Over the years his relationship with his wife Jane has become something that just exists in their daily life. The passion, the excitement and the friendship seem to be lost. It is all topped off with Wilson forgetting their 30 anniversary. Wilson doesn’t know what to do, but he is determined to fix his marriage and hope that his father-in-law, Noah, can help point him in the right direction.

I have to say that when you want to write a follow-up to The Notebook then you’ve started an impossible project. I started this book being kind of sceptic towards the whole thing. How can you top The Notebook? Turns out you can’t, but this is a good try, I’ll admit that. There is no need for you to have read The Notebook previously, which is nice because that gives the reader a good background if you have read it while your imagination can take over if you haven’t.

I wasn’t thrilled about this book at first. I thought it took quite some time before the story captured me, and the edition I read was 276 pages long. It’s not that the story is directly boring, but sometimes Sparks’ books take some time to get started. With this, I mean that it takes you a while to get a feeling of where the story is going. In the case of Wilson for example; in my head he is a middle-aged man with a little bit of tummy, slightly thinning hair and a constant stressful look on his face. The book is written from his point of view and I feel like there is a lot of thoughts, at first, that kind of just floats around in the story, but at the end, it makes perfect sense. Have you ever had the feeling that your main character is so lost that you feel sorry for them even though you kind of know that you shouldn’t be? This is my relationship with Wilson in this book, haha. I do change my mind about him while reading the book though.

This brings me to the part of the book I enjoyed the most, the last 20-30 pages. I could not put the book down, because it was a fantastic ending to an acceptable book. For me this is new when reading Sparks. You always know with his books that things will turn out on the better side, but this was such a surprise, which made it even better! I’m not going to say anything more, because that would most likely ruin your reading experience.

This book does bring an important topic to the table; how to maintain your relationship when you are married, have kids, have a job, etc etc everything that grown-up life brings with it. For some couples, I know this is really hard, and some drift apart because of it. I’m lucky that way with my parents, they’ve never seemed to have lost the spark. Read the book and you’ll know what I mean.

All in all, this is an ok read. You don’t regret having read it, but it doesn’t stand out as a remarkable read either. 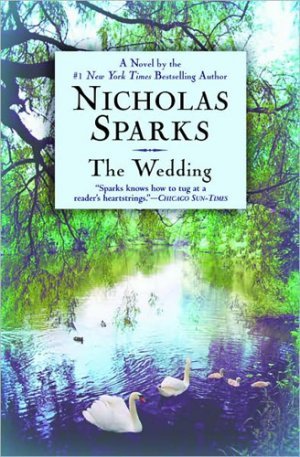