This book was just as good as its predecessor! If you liked the first book, then you will like this one!

Can one truly experience love at first sight? Jeremy has now moved to Boone Creek, Lexie is pregnant and they are getting married in a short time. Everything seems to be great, and yet something isn’t quite right. Jeremy can’t write. The block has been in his head ever since he moved from New York to Boone Creek and he is running short on pre-written articles for his column in Scientific American. If Jeremy isn’t able to write then he won’t have a way to support his family, and with the wedding coming up and a baby on the way Jeremy starts to feel a little bit stressed. Then there is something else, mysterious emails start showing up in his inbox, emails about secrets that Lexie is keeping from him and he starts to wonder how well he actually knows his fiance.

I liked this book because it gave an answer to what happens to Lexie and Jeremy. It is not a happy story in many aspects, but it is very well written. There are some surprising aspects in this story and at a point, I was quite unsure what was going to happen. I liked not knowing for once that everything was going to be fine in the end. The way Sparks have done this is quite clever because it seems that he has not written the book in his normal manner and that is very nice! When you’ve read a few Sparks novels you kind of recognize a pattern and when the pattern is broken you get kind of surprised.

I can’t relate to this book quite as much as I could to the previous one, but feelings are still feeling so there is an aspect I think everyone can relate to. I’ve always been so lucky in the relationships that I’ve never had to worry about cheating. I think the book portrays how the suspicion of cheating distresses a person. It must be the worst feeling in the world having the person you have opened your heart to cheat on you. I think it is great and important that Sparks has included this in one of his books because it is a reality in many peoples lives and it creates such a damage to a person. Sometimes the damage can never be fully healed. 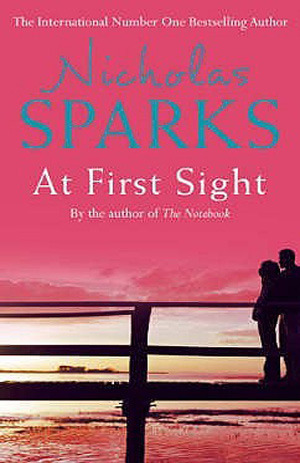