So this is my last cheatbook for a while since my StoryTel subscription ended right after I finished this audiobook so if I want to finish this series I have to buy the book since a subscription is a little too expensive for me at the moment.

This month Mia is headed for Washington D.C to be the eye candy and accessorize of a famous and rich politician. She is to live in their big house in New York and be around for show when he has to attend important parties and hopefully help him to close a few deals if necessary. Warren Shipley has a son named Aron and Mia feels that something is off about him. He is the youngest senator in U.S history as a senator from California. He is handsome, rich and his face has covered most of the political magazines in the U.S. So many girls would give anything to have a taste of his power. Mia has to portray as a gold-digging whore to fit in with the rest of the gold diggers, almost every other politician in Warren’s inner circle has one. While she is there she makes some good friends and she discovers that Warren has a big project that he wants to get going, but he needs some help.

Oh wow! The action is happening! I’m going to try to not spoil anything for you, but I’ll tell you that June is so far the most exciting month of this series! I love how the upper class of gold diggers is explained in this part of the story. It sounds like they are all a big bunch of bitches who only care about a few things in this world. Then there will always be this one sunshine history; which you will see when you read it. Most of the girls that Mia has to surround herself with care about money and designer things. They are portrayed as stupid, greedy and not very pleasant people. I think that’s not necessarily the standard, but I can imagine that some people will be like that. I appreciate that Carlan has put a sunshine history in there. It may seem misplaced in the first place, but when you get to the end of it all it makes sense and it made me kind of happy to see the different sides of the gold diggers.

Then it is the darker side of politics. The side where some people feel that it is their right to take something that isn’t theirs to take. Where alcohol gives bad ideas to the judgement and low standards really show themselves. Mia experiences something no one should ever have to endure. Luckily she has good friends who are willing to stand up for her.

You will most likely enjoy this as much as I did. The story is good even though some topics are dreadful. 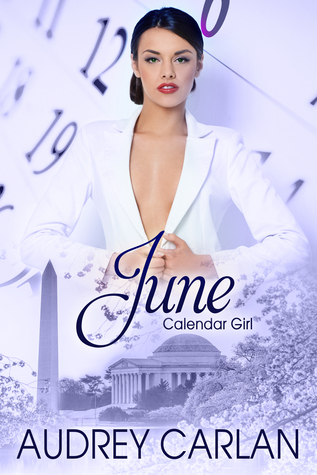